COMEDY UNDER THE STARS at PUNCHLINE PHILLY BUY TIX! 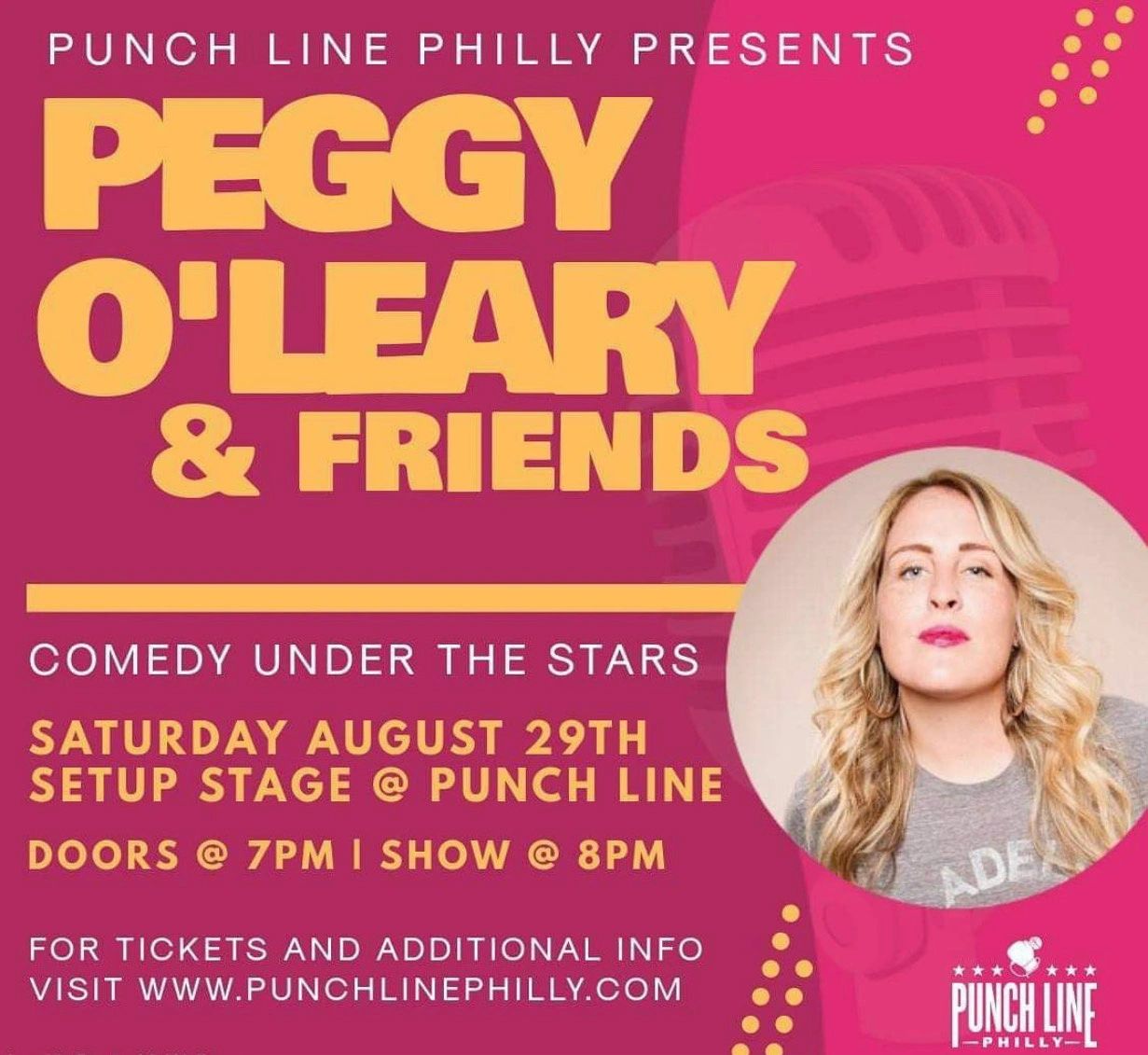 Peggy O'Leary is a Stand-Up Comedian, actress, writer & podcast host who grew up in the ‘burbs’ of Philly before moving to NYC and starting comedy. She has lived and performed on both coast and currently resides in Philly; where she is a regular at Punch Line Philly, Helium Comedy Club, Philly & AC Comedy Club. She hosts and produces many Shows; Hard Lonely & Vicious at The Creek and The Cave in NYC, Slainte at Sligo Pub in Media, PA and Lovable Monsters & Friends at Manny Brown’s on South Street.  Most recently Peggy made it to the finals in 2019 Philly’s Phunniest. She has made a few appearances on The Q Show on FOX, NBC Philly Sports and played a blonde detective on a reenactment show called People Magazine Investigates on Discovery Channel. You can catch her every week chatting it up with her bestie and fellow comedian Ryan Foster on their podcast Lovable Monsters. Her previous podcast, Hard Lonely and Vicious ran from 2013-2016 on Cave Comedy Radio. Her festival credits include Montreal Just for Laughs, Bridgetown, Limestone, New York, Women in Comedy, Comedy Expo, and Funny Female Festival in Chicago. When asked how she’d describe her comedy in four words she answered For. Good. Time. Call.

Will attempts to hold a sexual harassment seminar.

for more info about future episodes go to www.tiresshow.com